The Suzuki APV (All Purpose Vehicle) is Suzuki’s budget MPVC designed in Japan and assembled in Indonesia by PT. Indomobil Suzuki International (the subsidiary of Suzuki). It is powered by 1.5 liter or 1.6 inline-four engine delivering 92 hp. In November 2007, Suzuki released the improved APV named Suzuki APV Arena (APV Type II in some countries). It offers more luxury features with the type Luxury / SGX as flagships. Not just doing some facelift in the exterior but also the interior is changed and improved engine performance.

The Suzuki APVs are exported to countries such as Australia, Algeria, Aruba, Bolivia, Chile, Dominican Republic, Singapore, Jamaica, Malaysia, Brunei, Pakistan, Thailand and the Philippines. This version of the pick-up, called the Suzuki Mega Carry, presented to the House in 2011, six years after the IndoMobil Suzuki International been exported to many countries in 2005.

The Go Mega, a version of the pick-up of Suzuki APV, introduced in 2011, which is available in three types, Box, Standard and Xtra Deck Flat. 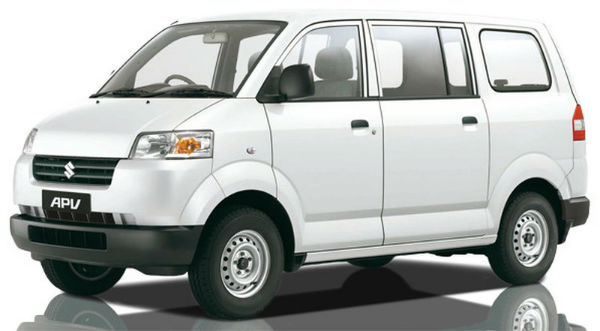