The 2015 BMW 6 Series Electronic features include Bluetooth phone and audio connectivity, a 10.2-inch navigation system, voice controls, the 2015 BMW 6 Series iDrive electronics interface, application integration smartphone and a sound system with nine speakers with CD player, one USB interface and satellite and HD radio. The convertible has a power soft top with glass rear window that can be raised and lowered independently, with heat-reflective leather upholstery.

The 2015 BMW 6 Series Interior is decorated to the highest platform in an environment of tight cabin style. Depending on your preference, the prominent center console could instill a sense of security or slight claustrophobia. The iDrive electronics interface has a simple menu structure, sharp graphics and fast processing times, which helps to minimize the amount of time spent looking away from the road. That said, the new owners should sit down and become familiar with iDrive before you hit the road, because it is still a complex system and can not control everything, while the movement of the car.

The 2015 BMW 6 Series excels in accommodate two passengers, but rear seat is only suitable for adults on short trips. The trunk space measures 13 cubic feet for the coupe and still impressive 12.3 cubic feet in the convertible and both cars have a pass-through to accommodate long objects. Heated rear of the convertible retracts independently of the soft top, doubling as the wind deflector when the top is dropped. By lowering the top takes about 20 seconds; raising it takes only a few

The 2015 BMW 6 Series (640i) is powered by the turbocharged 3.0-liter inline 6-cylinder engine that produces 315 horsepower and 332 pound-feet of torque. The rear wheel drive and 8-speed automatic transmission is standard on all models, and xDrive four-wheel drive is optional. Thanks in part to a system of stop-start that shuts off the engine when stopped to save fuel, the EPA classifies the coupe 640i in an impressive 25 mpg combined (22 city / 32 highway) and convertible 640i in 24 combined (20 city / 30 highway). With all-wheel drive, the EPA says wait 23 combined for both body styles. An estimated BMW 640i RWD go from zero to 60 mph in 5.3 seconds.

The 2015 BMW 6 Series standard safety equipment includes antilock brakes on all four wheels with advanced features waiting and drying, traction and stability control, side airbags in the front seats, front knee airbags and active headrests. Also standard is the BMW Assist emergency communications system and BMW Remote Services. Pop-up roll bars also come standard on convertible. The optional safety equipment includes lane departure warning and blind spots systems, side and surround view cameras and night vision screen. In braking tests, the 2015 BMW 6 Series (650i coupe) stopped from 60 mph in 109 feet and the convertible in only 111 feet. Both are average for this class of car with summer tires. 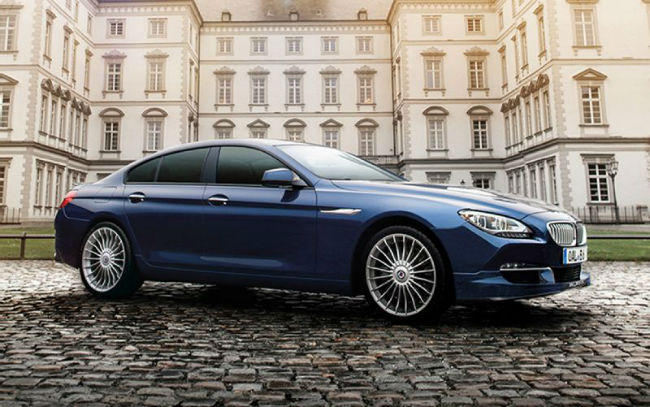